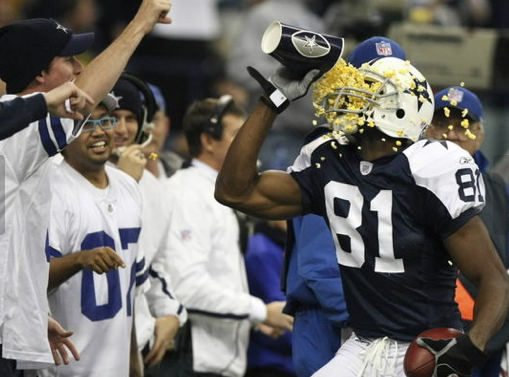 Who is the best football player ever produced by Montgomery and the surrounding areas? You decide.

The list of finalists include two of the greatest players in Auburn history, a two-time national championship quarterback, a two-time Super Bowl winning quarterback and others.

This poll, which begins today and ends Thursday at 6 p.m., continues AL.com’s summer-long quest to select the state’s best all-time player. The winner of the Montgomery region will move on to an eight-man bracket to be featured Aug. 4.

By Aug. 21, the opening night of the 2014 AHSAA football season, readers will have selected the state’s all-time best player.

Use what whatever criteria you see fit—high school, college or pro career. It’s all up for consideration and it’s all up to you. Also, leave your thoughts and questions in the comments section below.

Terrell Owens, WR: The Benjamin Russell High grade played football and basketball at Tennessee-Chattanooga and was selected in the third round of the 1996 NFL Draft by the San Francisco 49ers. One of the most controversial players in NFL history, he is a six-time Pro Bowl selection and a member of the NFL All-2000s Team. He caught 1,078 passes for 15,935 yards and 156 TDs. His 156 TDs ranks fifth all-time in NFL history.

Lee Roy Jordan, LB: A standout fullback at Excel in rural southwest Alabama, he signed with Alabama, where he played center and linebacker and recorded 31 tackles in a 17-0 victory over Oklahoma in the Orange Bowl. A first-round draft pick by the Dallas Cowboys, he became a mainstay a middle linebacker and won one Super Bowl, was selected to the Pro Bowl five times and made 1,236 tackles while making 154 consecutive starts in a pro career that spanned 1963-76.

Bart Starr, QB: A 17th-round draft pick in 1956 after playing little during his final two seasons at Alabama, he took over as the Green Bay Packers’ starting quarterback in 1959. He was named the MVP of the first two Super Bowls, won the league MVP award in 1966, posted a 9-1 postseason record, and was inducted into the Pro Football Hall of Fame in 1977. He threw for 24,718 yards and 152 touchdowns in his pro career. He played his high school football at Sidney Lanier.

Terry Beasley, WR: Generally considered the greatest receiver in Auburn history, he teamed with Heisman Trophy winner Pat Sullivan in college and caught 141 passes for 2,507 yards and 29 TDs. He was named to the All-American team in 1970 and 1971 and was selected in the first round of the 1972 NFL Draft by the San Francisco 49ers. He was elected to the College Football Hall of Fame in 2002. He played his high school football at Lee-Montgomery.

Zeke Smith, OG/LB: A standout running back during his high school career in Uniontown, he became at mainstay as an offensive guard and linebacker at Auburn. He won the Outland Trophy in 1958 and helped Auburn win its first national championship. He played six seasons in the NFL and CFL as a linebacker, defensive end and offensive guard.

Antowain Smith, RB: A standout for one season at Stanhope Elmore in Millbrook, he played his college football at East Mississippi Community College and then Houston. He was a first-round pick by the Buffalo Bills in the 1997 NFL Draft and ran for 6,881 yards, scored 54 touchdowns, and played for the Bills, Patriots, Titans, Saints and Texans. He played on two Super Bowl teams with the Patriots.

Mike Turk, QB: A standout from Jeff Davis High in Montgomery, he quarterbacked Troy – then known as Troy State – to the Division II national championship in 1984 and 1987. Considered a masterful triple-option quarter, he guided Troy to a 40-8-1 record from 1984-87. In 1987, Turk led an offense that averaged 430.4 yards per game as the Trojans won 12 straight games en route to a second Division II national title in four seasons. “He was a tough and cagy guy, and the offense was perfect for him,” Troy coach Larry Blakeney said when Turk was elected to the Troy Hall of Fame. “His ability to read the triple option was great, and for a smaller athlete he was a very physical runner and a tremendous competitor.” Turk is now the head coach at Huntingdon in Montgomery.