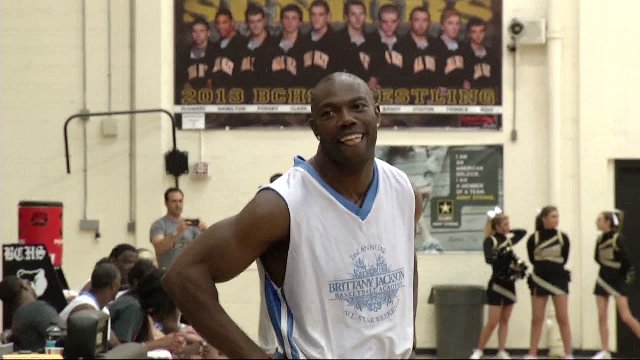 Hundreds flocked to Bradley Central High’s Jim Smiddy Arena to catch a glimpse of not just Owens, but several familiar names and faces from both near and far in the sports landscape.

“I just had to make it here this year,” said Holdsclaw, who is currently writing a book after wrapping up a standout career in the WNBA. “It’s just such a great event because we’re doing it for Pat, but we’re also doing it for these kids.

“When we walked in today Brittany was running a camp and there were hundreds of kids out here on the floor. It was so fun to watch them doing drills, working and maybe aspiring to be professional athletes one day.”

A team of local stars led by Oglesby and Smith beat a team of national stars headlined by Owens, Jackson and Holdsclaw 107-104 in overtime.

For more information on Jackson’s camp and her cause, visit www.brittanyjacksonbball.com.