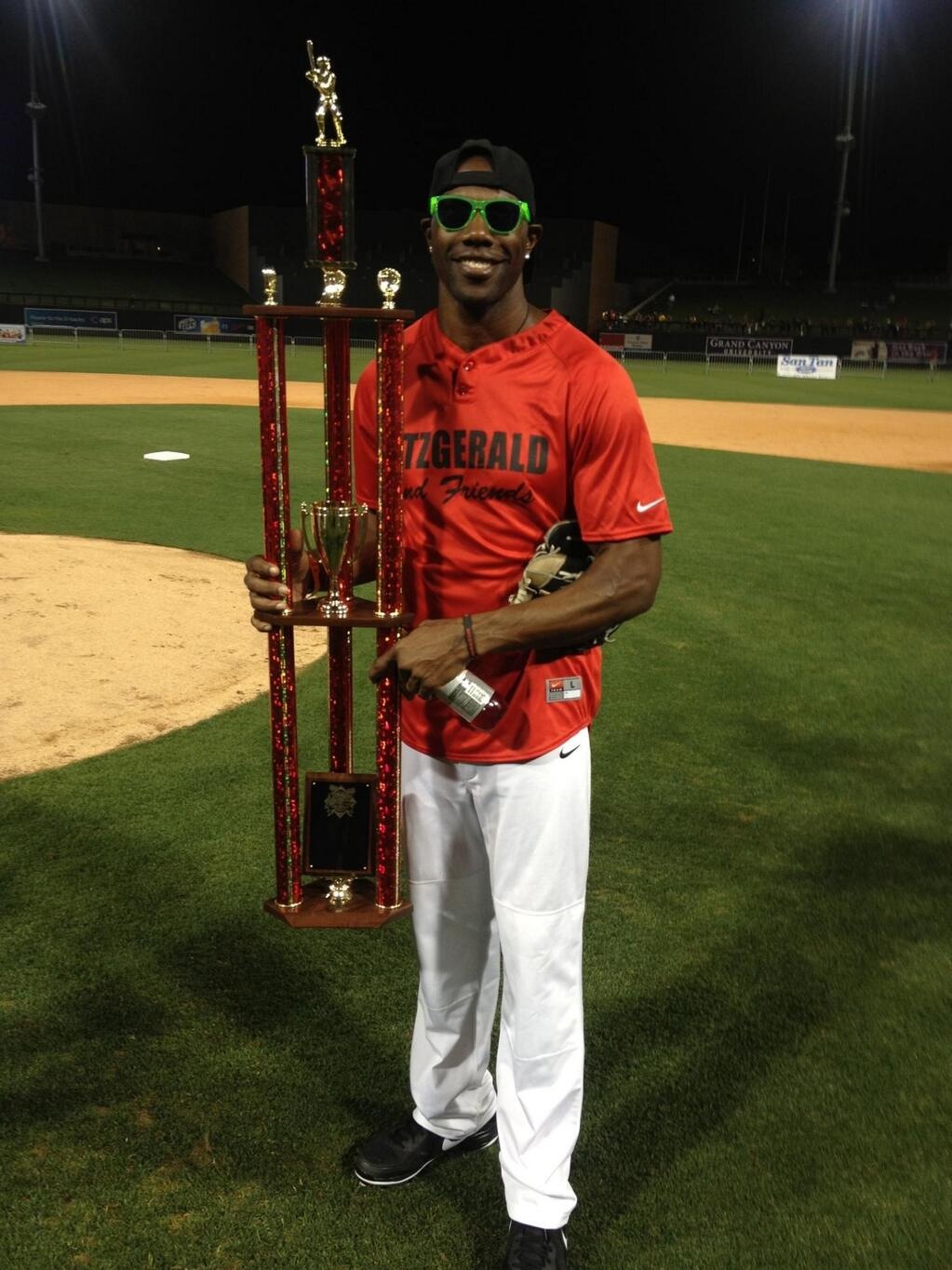 Scottsdale, AZ – April 27, 2013 – The Larry Fitzgerald Double Play Celebrity Softball Game & VIP After- Party is back for its third year to raise money for the Larry Fitzgerald First Down Fund. The softball game will include participation from current and former NFL and NBA Players other Pro-Sports Athletes as well as a host of Larry’s celebrity friends, all making plays for the cause!

Since 2005, the goal of The Larry Fitzgerald First Down Fund, a 501 (c) (3), has been to assist children and their families lead happier and healthier lives. The Larry Fitzgerald First Down Fund provides significant gifts in time, money and resources to support programs and institutions across the country. Organizations like the Arizona Tempe School District, the Boys and Girls Club of Metropolitan Phoenix and the Big Brother/Big Sister program in Arizona continue to receive ongoing contributions to help support their missions. Additional beneficiaries include, but are not limited to Horizons Youth Program at Sabathani Community Center in Minneapolis, the Plano Vision Development Center in Chicago and the Carol Fitzgerald Memorial Fund, all of whom are dedicated to making a difference in our communities.