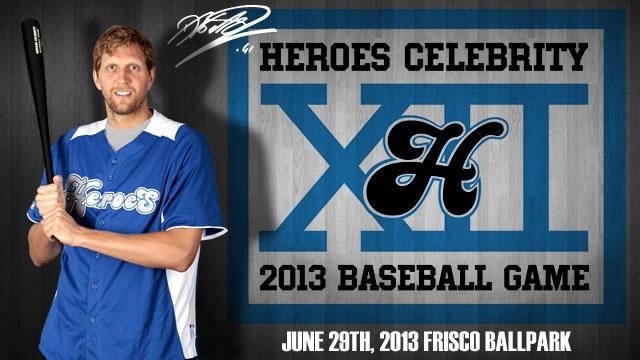 Mark Cuban, Terrell Owens are among Dirk Nowitzki’s celebrity baseball game all-stars on June 29th in Frisco, Texas.  Goose Gossage and David Justice have been chosen to manage two baseball teams made up of some of the biggest names in professional sports—alas, none of the sports is baseball.

Held on June 29, this is the 12th annual event, which used to be hosted by former hockey legend Mike Modano. Since his retirement from pro sports, he was happy to hand the reins over to his pal Nowitzki.

Proceeds will go to the Dirk Nowitzki Foundation and the Heroes Foundation, which brings sports training and competition to children and adults with physical and intellectual disabilities.

This off season, TO has been busy with many charity sporting events such as bowling, softball, flag football and basketball. If your company is interested in bringing Terrell Owens out to a event, contact Ryan Totka from sports speakers bureau, AthletePromotions.