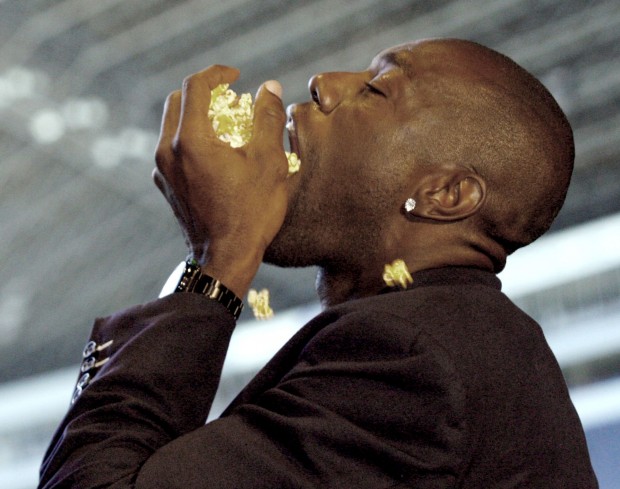 T.O. is also ready to prove he has a few more touchdown celebrations left in him.

“I can still play,” Owens said at the McLegends XI basketball games. “I would love the opportunity.”

He has also been known as controversial from his flamboyant touchdown dances to frequent penalties.

And one of those opportunities he would welcome is with the Bears. Head coach Marc Trestman was the San Francisco 49ers’ quarterbacks coach and offensive coordinator in 1996 — Owens’ rookie year with the 49ers.

His friend, State Sen. Napoleon Harris, said Owens would be perfect for the Bears.

“With Jay Cutler having another good receiver, what would that do for them?” Harris asked. “You line up Brandon Marshall on one side and T.O. on the other. Tell me that is one potent offense.

“That would really open things up for Brandon especially with an offensive-minded coach.”

Trestman was the Oakland Raiders offensive coordinator in 2002 when Harris was on the team which lost to the Tampa Bay Buccaneers in the Super Bowl.

He said Owens is in great shape.

Owens holds or shares several National Football League records, and is in the all-time top-five in several receiving categories, including yards and touchdowns.