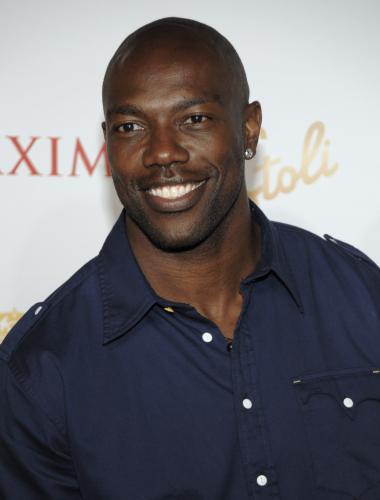 Terrell Owens college connection to the area wasn’t the only reason he hosted Brittany Jackson’s Pat Summitt Benefit on Saturday. Alzheimer’s is a disease that hits close to home for Owens; his grandmother was diagnosed in 1996, she died earlier this year. Owens like all of the pro athletes in attendance Saturday said showing support was a must.

“It’s been a humbling experience. You know Brittany is doing a great job in bringing us together for this great cause to bring awareness to the disease because I don’t think people realize Alzheimer’s is like the seventh leading causes of death,” said Owens

Former Chattanooga Moc Terrell Owens met former Lady Vol Brittany Jackson and Pat Summitt in 2000. He says Summitt truly is one of a kind, “who’s to say if there will ever be another coach like Pat Summitt it’s just remarkable on and off the basketball court with the lives she has touched.”

One of those lives affected; Cleveland, Tennessee’s Brittany Jackson the organizer of Saturday’s dinner and auction.

Jackson said words can’t describe what Summitt has meant to not just her career but all of sports, “it’s a very emotionally time, a sad time as a former player not seeing Pat up doing what she can do. She’s really taking this head on and facing what she’s going through just like any opponent she’s ever had.”

Strother said, “Pat Summitt made UConn what they are, there would be no UConn without Tennessee and no Tennessee without UConn. Pat’s an incredible person, to be able to support her has ben really nice.”

No word yet on how much money was raised but Jackson was more than hopeful it would be significant.

Owens at age 38 says he’s still in great shape and he’s not ready to rule on another go in the NFL, “I’m still working out training. I haven’t ruled out football yet. I haven’t officially retired. I’m looking forward to get back on the field this year. Given the opportunity to make the best of the last couple years I have left.”