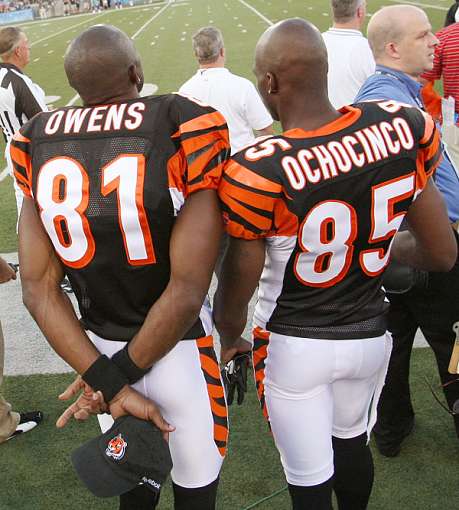 Though it didn’t translate on the field, Terrell Owens, Chad Ochocinco were ratings gold for NBC Sunday.

The game drew 11.4 million viewers. However, on a more disturbing note, those numbers did not surpass the finale of