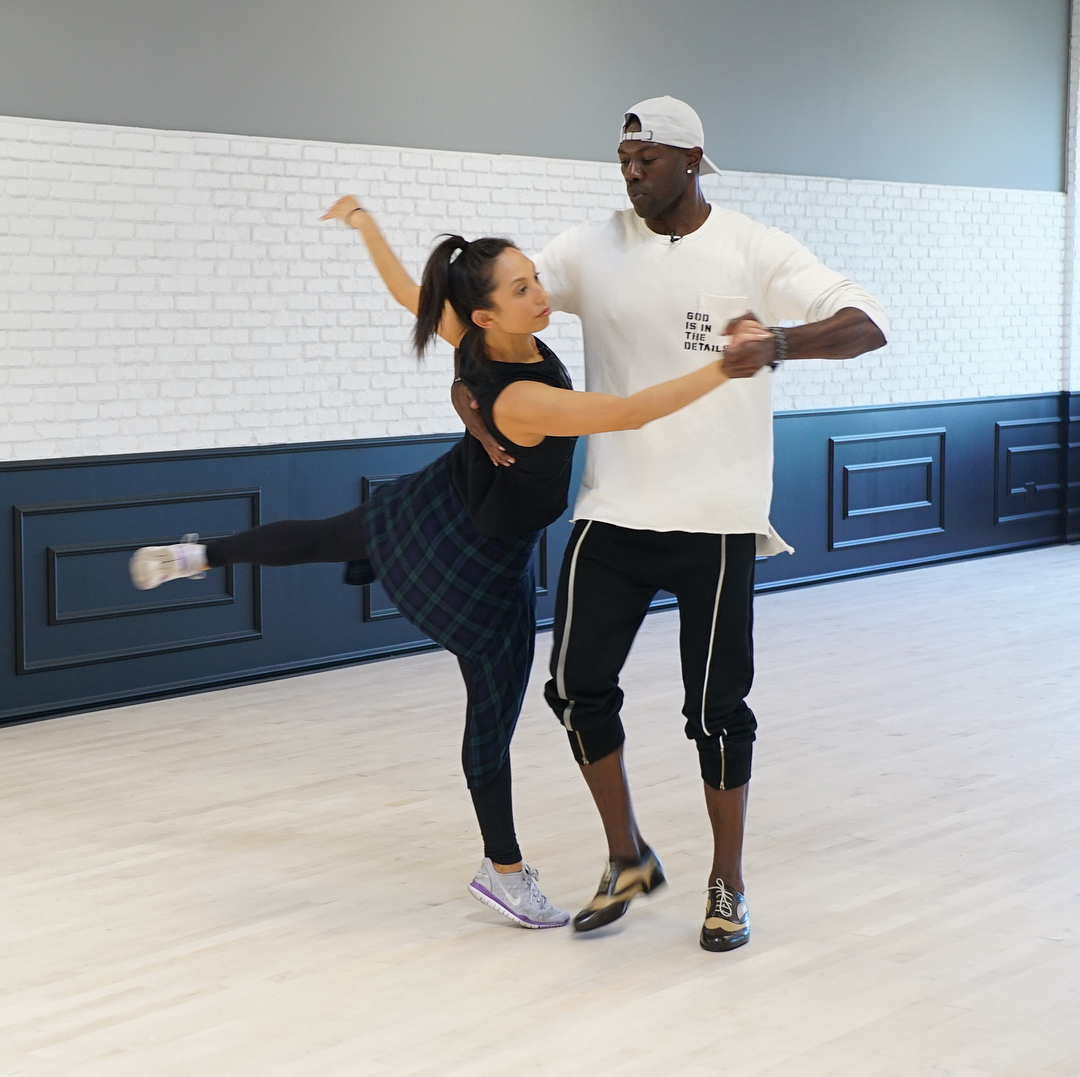 Terrell Owens doesn’t have to prove he’s a handsome and athletic man, but he is trying to prove himself in the Dancing with the Stars ballroom.

Terrell is a 43-year-old former NFL football wide receiver and six-time Pro Bowler, who is competing on Season 25 of Dancing with the Stars this fall on ABC.

Nicknamed T.O., he previously starred on The T.O. Show, which aired for three seasons from July 2009 to October 2011. For the Dancing with the Stars season, Terrell is paired with fan-favorite pro dancer Cheryl Burke, and she’s been waiting a while to win another mirrorball trophy.

Terrell may not have the best moves on Dancing with the Stars so far, but his personality shines, and he appears to have great chemistry with Cheryl.

With his fans continue to vote him through the competition even though he’s not topping the leaderboard? One thing is for sure, he’s improving with each passing week.

Below is a list of 7 facts Reality TV World has compiled about Terrell Owens:

– Terrell Eldorado Owens, born in Alexander City, AL, attended Benjamin Russell High School, where he excelled in several different sports. He was later recruited by the University of Tennessee at Chattanooga (UTC), where he set a record for catching a football pass in 11 consecutive games.

– Terrell was drafted by the San Francisco 49ers in the third round of the 1996 NFL draft. He spent eight seasons with the team. He joined the Philadelphia Eagles team in 2004 and averaged one touchdown per game.

He later went on to play for the Dallas Cowboys. Terrell entered his 14th NFL season with the Buffalo Bills. He also added stints with the Cincinnati Bengals and Seattle Seahawks to his resume.

– Terrell made 1078 Receptions, 15,935 yards and 153 touchdowns during the span of his 15 year professional football career. He also has a recorded five seasons with 13 or more touchdowns.

– He is partnered with the Alzheimer’s Association, which is near and dear to his heart because his beloved grandmother Alice began suffering from the disease three years ago.

He also testified before Congress to raise awareness about the disease. His latest endeavor, the “What TO Do” Global Campaign, is an initiative at empowering and motivating youth through speaking, workshops and a clothing line.

– Terrell competed on The Celebrity Apprentice’s seventh season in 2015 and was fired after the fifth task. At the time, he was playing to win money for the Boys & Girls Clubs of America.