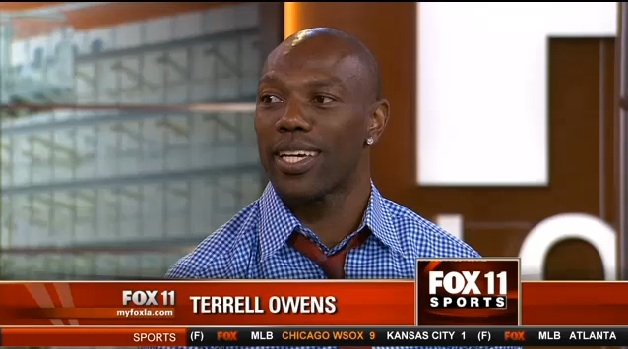 TO pays a visit to the team at Fox 11 LA to discuss the NBA, NFL and how age is just a number. Will the Miami Heat three peat?  Or will the Lakers rise up and beat them next season? In this Fox 11 Sports Special, Liz Habib and James Koh are talking with former NFL star Terrell Owens and “Sons of Anarchy” star Emilio Rivera. Owens says he and LeBron were once called the #1 and #2 most hated athletes.  Hear what he has to say about all the criticism leveled at LeBron.  And fans of “Sons of Anarchy,”  Rivera has a new show coming called “Gang Related.” Where does he find the inspiration for the bad guys he plays on screen.