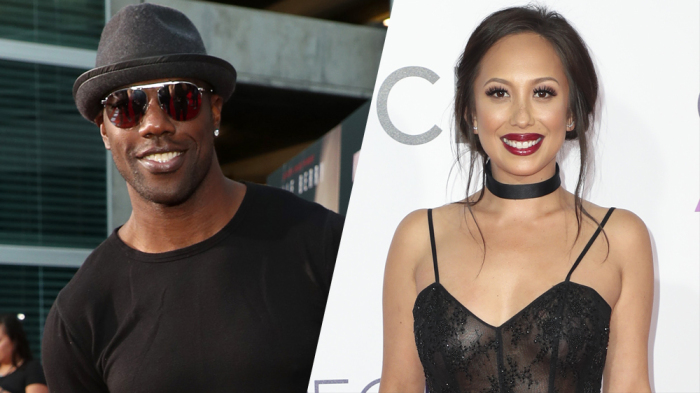 Former NFL star Terrell Owens announced on “Good Morning America” Tuesday that he is set to join the cast of “Dancing With the Stars” alongside professional partner Cheryl Burke for the show’s 25th season.

“I’m hoping to put up some big numbers with this lovely lady right here,” he said, referring to Burke, who announced her return to “DWTS” Monday.

Owens added that he talked to his friend Chad Johnson, formerly known as Chad Ochocinco, about how difficult the process would be. Johnson competed with Burke on the show’s 10th season.

“He said it’s going to be a lot of work but I expect nothing different,” Owens said. “This is going to be a challenge for me, definitely. [It’s] definitely not in my wheelhouse. I danced as a little kid but this is nothing like what I’m going to expect, I’m sure.”

Burke is a two-time “DWTS” champion who has worked with former NFL players before — one of her wins was with NFL legend Emmitt Smith.

“If I can handle Bill Parcells then I can handle Cheryl,” Owens said, referring to his former Dallas Cowboys coach. “But it’s going to be a challenge. Yesterday we got our first start at trying to learn some steps, so that’s the challenge.”

Burke said Owens is all about “lights, camera, action,” which could help them bring home the Mirror Ball trophy.

“He’s a performer so I’m definitely going to use that to my advantage,” she said. “As long we do the work in the studio and really practice hard, then he can do whatever he likes on the dance floor.”

Owens, an Alabama native, played for NFL teams including the San Francisco 49ers, Dallas Cowboys, and Philadelphia Eagles. He ended his 15-year NFL career with 1,078 receptions, 15,935 yards, and 153 touchdowns, according to his website.

“Property Brothers” star Drew Scott was previously revealed as the first celebrity to compete on the 25th season along with pro partner Emma Slater, who won Season 24 of the competition.

The full celebrity cast of “Dancing With the Stars” will be announced on “Good Morning America” on Wednesday. The dancing competition returns with an all-new season on Sept. 18 on ABC.