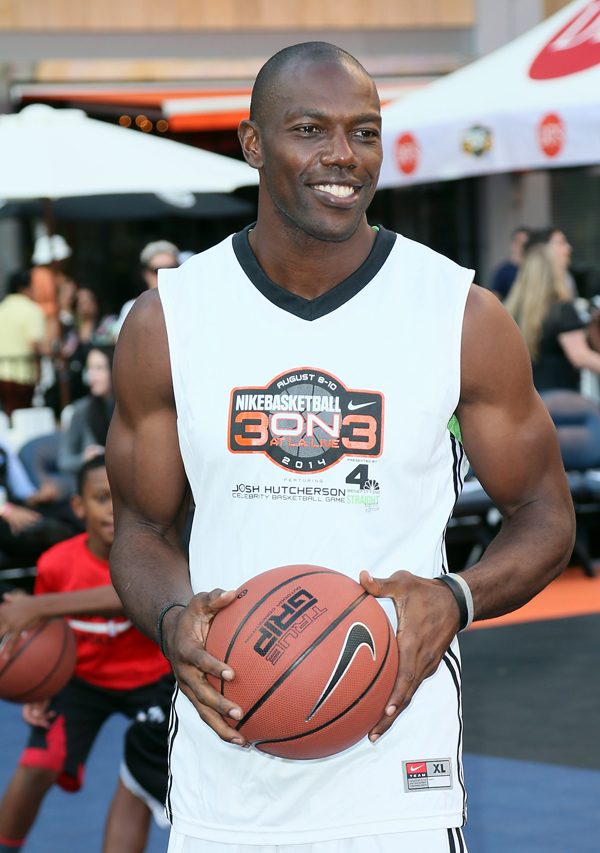 By Jess Cohen at CeleBuzz – This past Friday, Josh was front and center in Los Angeles to host the 3rd Annual Josh Hutcherson Celebrity Basketball Game, benefiting the Straight But Not Narrow organization. A group of Josh’s celeb friends like Josh Henderson, Terrell Owens, Romeo Miller and more came out to support this great cause. The celebrity participants were split into two teams and tons of fans watched from the stands as the stars battled it out on the basketball court. We were lucky enough to talk to Josh before the game about his passion for giving back and he also revealed a hilarious Jennifer Lawrence story!

This event is held to raise money and awareness for Straight But Not Narrow, an organization helping the youth to become allies of their LGBTQ peers. At the game this year Josh talked about a new initiative he’s helping to launch. This new initiative is called Power On and Josh discussed how Straight But Not Narrow is collaborating with The Trevor Project and human-I-T to provide LGBTQ youth with computers, giving them access to many online resources.

Before the event began, we asked Josh why his annual charity event was so important to him and the actor told us that the cause hit very close to home. He revealed, “For me, fighting for equal rights has been in my family. My mom was raised by two uncles that were gay and they were a big part of her life and they both passed away from AIDS back in the ‘90s. So equal rights has been a big thing my whole life and I saw that there was a lack of outreach programs for the straight community about how important it is to help support the LGBT community.” This event allowed fans to purchase tickets, which helped raise money for this great cause.

After hosting the event on Friday, Josh hit up the Teen Choice Awards on Sunday, where he won for his role in The Hunger Games: Catching Fire. Speaking of The Hunger Games, the cast is now gearing up for the release of Mockingjay – Part 1 in November. When asked if he’s prepared for the pandemonium Josh laughed and said, “Uh no! (laughs) I’m not mentally prepared for it, it’s definitely a wild ride. When we do this press tour it’s something like anything else. There’s no way to really prepare for it, but I’m excited about it. This next movie goes to a really new place and it gets kind of dark and intense. So, I’m excited for everybody to see it.”

The cast recently wrapped filming on the final film, Mockingjay – Part 2. Producer Nina Jacobson even tweeted a picture of the main cast on the final day! Though it must be sad to have finished filming, Josh definitely has some great stories to look back on. Before the game, Josh told a great story about co-star Jennifer Lawrence. Josh revealed, “We were in Hawaii and we were filming the second Hunger Games and one day we went paddle boarding and she found a beer can and stuck it in her shirt like in her bikini. That was pretty good, that was pretty funny.” LOL.

We asked Josh if he was going to miss JLaw now that filming is over and Josh said, “We wrapped, but we’re still going to hangout!”

FYI, Josh’s team won the game on Friday and he took home MVP!