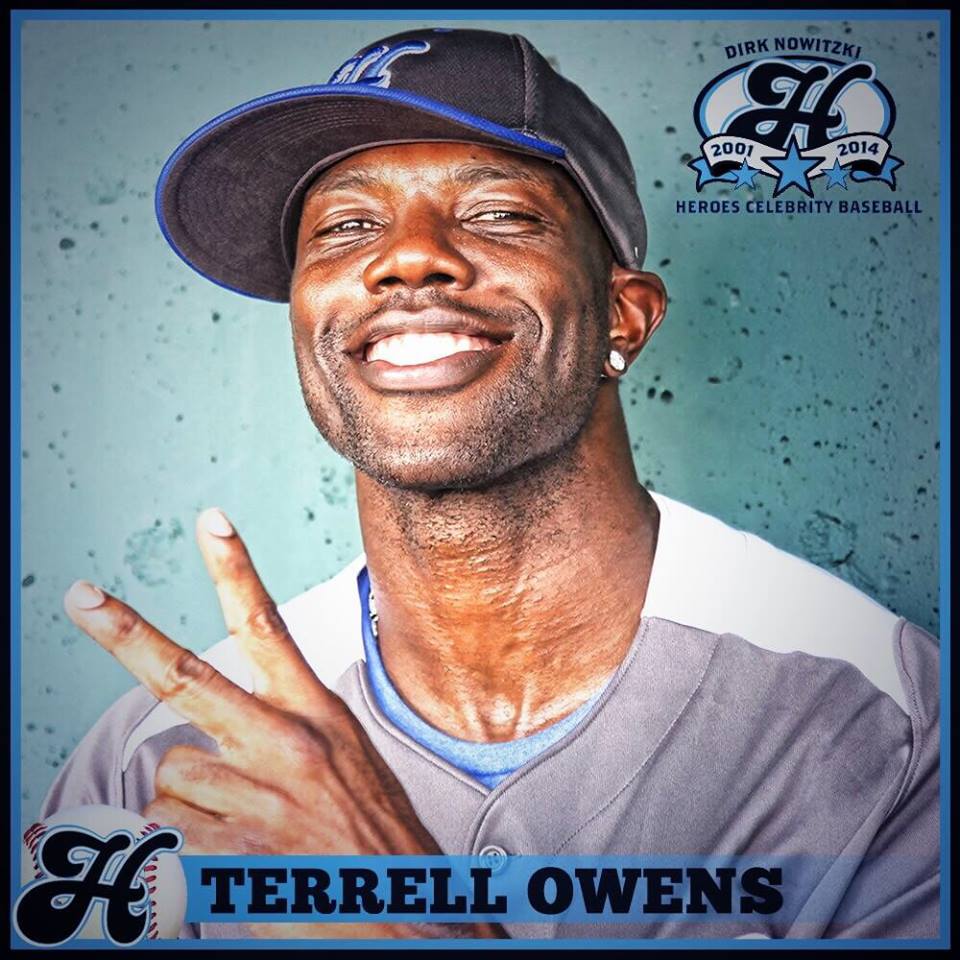 Terrell Owens will be participating in The Dirk Nowitzki Heroes Foundation Celebrity Baseball Game on Saturday, June 21st at Dr. Pepper Ballpark in Frisco, Texas. Be there with him and other Dallas celebrities to capture all of the excitement and celebrity fun along with you. >>> Purchase Your Ticket Here.

Aid in The Heroes Foundation’s goal is to bring sports to children and adults with disabilities and enjoy the following;

About the Heroes Foundation:

The Heroes Foundation provides Dallas youth the opportunity to participate in team baseball, basketball, educational and cultural curriculums, all while building self-confidence. Our programs allow youth to learn the fundamentals of baseball and basketball through clinics, instructional leagues, one-on-one training and tournaments. Through our program we have seen many lives change for the better!