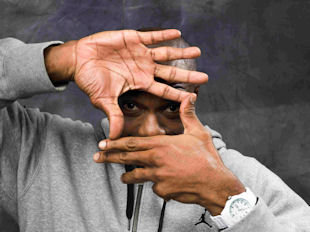 Terrell Owens didn’t play in the NFL in 2011, and the 38-year-old is currently playing for the Allen Wranglers of the Indoor Football League. T.O. said Wednesday that there is no question he can still help an NFL team.

And he cited the Ravens as a team that proves his point (that sound you hear is the rumor mill beginning to churn).

“I know I can play. That’s not even a question that I can play. You look at the NFC Championship and the AFC Championship. You look at those games, especially the NFC championship. Their starting receiving corps had one catch for three yards,” Owens told The Fort Worth Star-Telegram. “You look at the AFC championship. The Baltimore Ravens the past two years brought in two guys they thought could get the job done. It comes down to crucial catches and they didn’t make those catches. So I am definitely aware of my talents.
“I have never been shy of confidence. For whatever reason, I didn’t play this year. That doesn’t mean I can’t play the game. Everybody knows I’m in great shape. It’s just a matter of getting the opportunity.”

Owens, of course, was referencing critical drops by Anquan Boldin and T.J. Houshmandzadeh in the 2010 playoffs and the would-be touchdown that was slapped out of Lee Evans’ hands in last month’s AFC championship game.

The outspoken wide receiver last played in the NFL in 2010, catching 72 passes for 983 yards and nine scores as a member of the Cincinnati Bengals. As a free agent last offseason, he tore his ACL in the spring. Despite mid-season claims from Owens that he was healthy and a televised individual workout, no team signed him.

Owens has made 1,078 catches for 15,934 yards and 153 touchdowns in his NFL career. His best days are behind him, though, and the Ravens obviously felt comfortable with their youngsters a year ago.