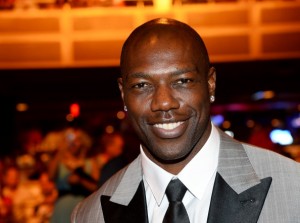 Terrell Owens will be the guest speaker at the Moonlight & Miracles Gala coming up on Saturday night May 17th 2014 in El Paso, Texas.

Terrell Owens may not be actively playing on the field these days, but is lending his celebrity status as the guest speaker at the Moonlight & Miracles Gala benefiting BorderRAC on Saturday May 17th 2014 at Sunland Park Racetrack and Casino.

T.O. will participate in a Q&A with the audience touching on his career, concussions in football, and more.

Individual tickets can be purchased for $75.00

Silent Auction items available throughout the evening and winners will be announced after guest speaker.

For all questions or more information regarding the event please call (915) 838-3200. If your company is interested in booking Terrell Owens for an appearance or speaking engagement, contact Ryan Totka at AthletePromotions.

In 1992 the Texas Board of Health divided the state into 22 regions called “trauma service areas.” A regional advisory council (“RAC”) was formed in each region to develop and implement the trauma system for that region. Since no funding was available when the program was implemented, these councils were formed and the work was done by dedicated volunteers in various medical professions. Our goal is to fully implement the statewide trauma system in order to reduce the number of trauma incidents, preventable deaths, reduce the severity of trauma-related disability, and to make sure that all Texas trauma victims receive the best care possible. For the past few years, we have also been helping hospitals make sure they are prepared to respond to a bioterrorism attack or a wide-scale natural disaster.

In the Southwest Region, the “Border” RAC is based out of El Paso, Texas.  BorderRAC encompasses the Texas counties of El Paso, Hudspeth and Culberson.  In addition to the Texas region it also encompasses the New Mexico counties of Caltron, Doña Ana, Grant, Hidalgo, Luna, Sierra, and Otero.  Within the region are urban, rural, and frontier areas.  The trauma service area represents 38,927 square miles with an estimated population of one million.