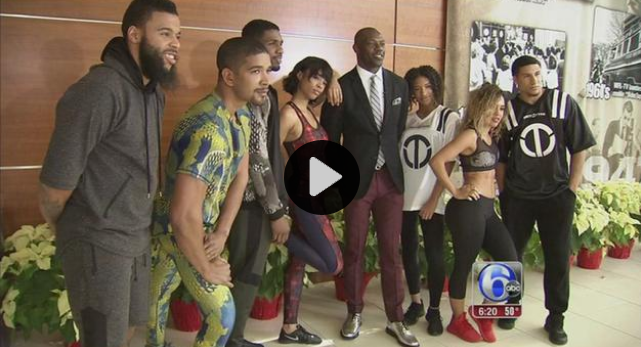 PHILADELPHIA (WPVI) —
With the Philadelphia Eagles lacking a big-threat wide receiver, that has many longing for the days of Terrell Owens.

T.O. is in town these days, but not to get back on the field. He’s trying to dominate a different type of game.

Owens, who has caught among the most touchdowns in NFL history, is now trying to catch attention with his new clothing line Prototype 81, athleisure wear set to unveil this month on his website.

“The flair that I brought on the football field, it will reflect that in my clothing,” Owens said.

Fashion has been in his blood since he was a kid.

T.O. worked on an assembly line at Russell Athletics making shirts in high school and his mom used to make her own clothes at home.

“As a toddler, she was making gingerbread outfits for me and my sister, so she continued to do that just so we could have clothes on our back. We didn’t have the most of everything,” Owens said.

Owens says his mom is probably more proud of his clothing line than his 15 year NFL career which could culminate with a Hall of Fame nod next month.

“The Hall of Fame, they don’t just give this award away to anybody, so in respect to that, I tell people, I don’t expect it to be given to me. I don’t even feel that I’m deserving of it; it’s something that I earned,” Owens said.

Reflecting back on his days with the Eagles, the six-time Pro Bowler does have some regrets.

“Not bringing a championship to Philadelphia is something that I regret,” Owens said.

Imagine if he could have gone out in style.