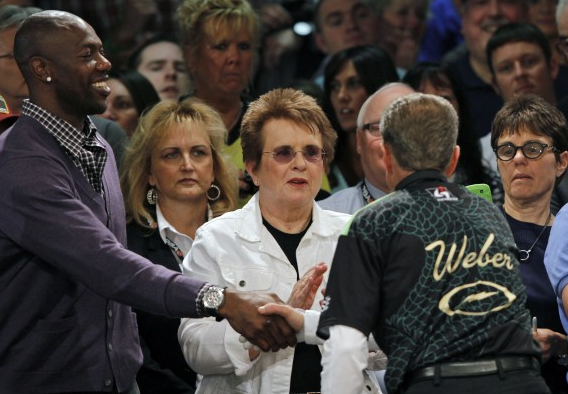 He doesn’t know where or if he will play in the NFL next season, but Terrell Owens knows he will play basketball Saturday.

Owens is one of the many current and former NFL stars who will play Saturday in the McLegends XI all-star basketball games April 20 at Thornton High School in Harvey.

The game is sponsored by McDonald’s, Coca-Cola, The Times Media Company, Power 92.3 FM and Beggars Pizza.

The girls game is at 11 a.m. and the boys is at 2 p.m. There will be pre- and post-game autograph sessions. Tickets are $8 each at the Thornton High School athletic office, 150th and Broadway, Harvey. They can also be bought at the McDonald’s South Holland Tollway Oasis.

Owens is a six-time Pro Bowl selection, holds or shares several National Football League records, and features in the all-time top-five in several receiving categories, including yards and touchdowns.

“I am looking forward to competing and teaming up with Tai Streets, my teammate with the San Francisco 49ers,” Owens said. “When Napoleon (Harris) asked me to play, I was really excited about it.

“I think we have an obligation as pro athletes to play in these events and do things for communities. Those kids in that game, they are good basketball players, I mean great players. Some will go to college and a few to the NBA. I am sure at one point they all had dreams of playing in the NBA.”

Harris, a former Thornton star athlete and NFL linebacker is now an Illinois state senator, representing the south suburbs. Streets, as well as comedian Anthony Anderson, will play for the men’s McLegends team.

The girls game will pit Indiana and Illinois girls from The Times circulation areas against the Beggars Pizza Lady McLegends, a team of former local high school and college stars. Merrillville’s Dariyan Morris, The Times Indiana player of the year, and Bria Gaines, The Times Illinois player of the year will team up for the girls all-star team. Also on the girls team are Megan Walsh, Bri Narcissi, Valparaiso recruit Aliyah Isaac and Melanie Ransom from Marian Catholic’s Illinois Class 4A state championship team. Lowell’s Katie Bobos and Mackenzie Kreutz will also play for the girls team.

The Jesse White Tumblers will provide halftime entertainment of the second game.