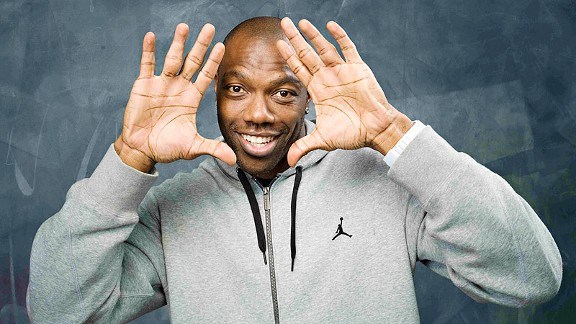 The great Terrell “T.O.” Owens (pictured) was once a force to be reckoned with. The future NFL Hall of Famer took no mess on the football field. Statistically, he ranks among the league’s all-time great wide receivers. Standing at 6-foot-4 and weighing more than 220 pounds, very few defenders could bring him down.

However, there was one foe that ultimately brought him down on the football field and off it: narcissism. For more than two seasons, T.O. has been out of the league and no team seems to want him. Much of it due to what many consider to be his attitude. But there is hope for the former All Pro wide out.

Owens just signed up to be a model for Next Management agency, reports Yardbarker.com. He just signed a contract with the global corporation and the news was shared by his former personal assistant, Adrienne Williams, via Twitter: Terrell Owens @terrellowens