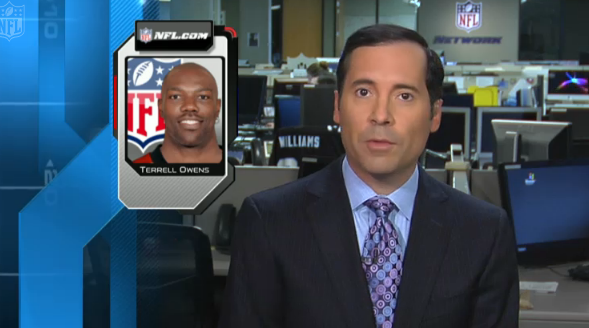 Terrell Owens still is lobbying for an NFL job at 39 years old.

This time he’s hoping an old relationship with Chicago Bears coach Marc Trestman can work in his favor. Because, you know, they spent one year together in 1996 when Trestman was the San Francisco 49ers’ offensive coordinator and T.O. was a rookie.

“I played my first early years in San Francisco with (Trestman) and shortly after that, he left to do some things,” Owens told Comcast SportsNet Chicago’s David Kaplan on Friday. “I haven’t talked to Marc in a long while. I know he’s gone on and done some things, now he’s back in the NFL. So, I never really thought about it until myself and (former linebacker) Napoleon (Harris) were talking about it earlier, but I would definitely welcome it if they would give it some serious consideration.

“To think about (Bears wide receiver Brandon Marshall) on the other side and me on one side, that’s really dangerous. I’m keeping myself in shape just for any opportunity that may come about.”