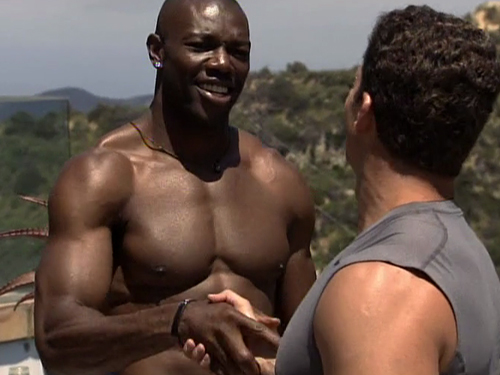 Mo and Kita said for weeks that Terrell Owens needs a new personal assistant, since without them, he wouldn’t eat or make it to appointments and events. On this week’s second episode of The T.O. Show 2, they finally find him one, going by what they want (someone maternal) instead of what Terrell wants (someone hot and young). In this episode clip, Mo and Kita let Ms. Rosaline surprise Terrell with an early morning (or afternoon) wake-up call and a hot breakfast. It’s no surprise that Ms. Roseline is more than an assistant, she’s another way for Terrell to work on his family and relationship issues — he even says that Roseline reminds him of his strict grandmother.

Kita, however, doesn’t want to give Terrell time to work on his issues. She meets with Terrell’s ex-fiancé Felisha (for the second time this season), to convince her to get back together with him. Once again, she’s not interested. But when Terrell finds out about their meeting, he has a suggestion: if Kita thinks Felisha should give him a second chance, then Joe deserves a second chance with Kita too.