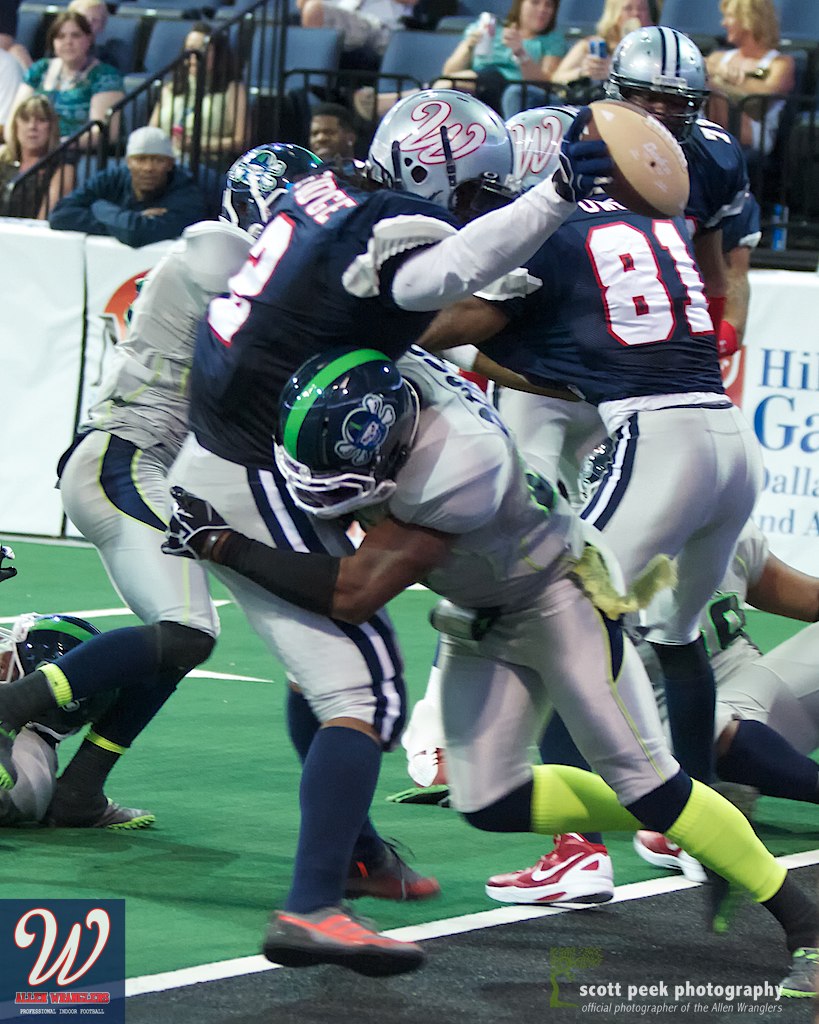 The Wranglers finished with 12 touchdowns to defeat the Nebraska Danger 86-57 in one of the highest scoring games in league history. Both teams came out firing long and fast as the score was tied 7-7 with over 12 minutes left on the clock. The Wranglers scored on the third play, a 21-yd pass to Terrell Owens, and the Danger quickly answered with an 18-yd TD pass on their second offensive play out of the locker room.

The multi-talented Maurice Avery rushed for a touchdown, caught another, then threw two more to finish out the game in place of Kasey Printers. Printers threw for 169 yards and three touchdowns in the first half alone.

Darius Fudge, the league’s leading rusher, took in five touchdowns with a total of 87 yards and added an additional 30 yards with three more receptions.

The defense held Danger QB Rocky Hinds to 22/44 while Mike Phillips and Frankie Solomon combined to force 3 interceptions. The Danger’s offense was led by receivers Kayne Farquharson and Corey Surrency who had four touchdowns apiece and were the only Danger players to see the end zone.

The Wranglers (5-1) now lead the league in scoring with 345 points overall, 14% more than any other team, and are fighting for first place in the conference behind the undefeated Tri-Cities Fever (5-0). The team will rest this week before returning home April 14th to face the Sioux Falls Storm–GET YOUR TICKETS NOW! For tickets or group packages CALL 972-912-3131 or visit www.allenwranglers.com.